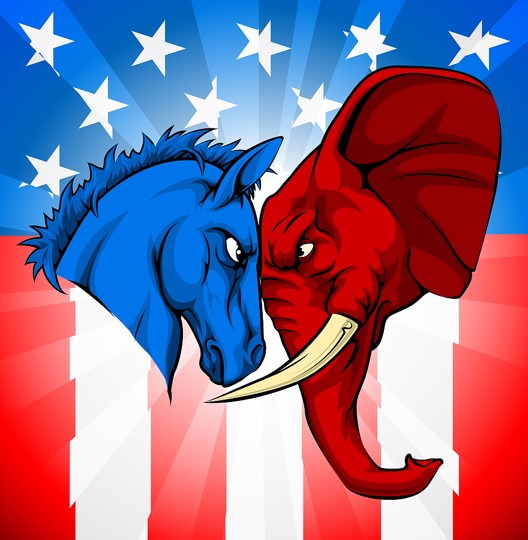 Companies aren’t the only ones who use marketing to get across an important message. In fact, billions of dollars every election are poured into political ads supporting candidates running for various offices.

As the mid-term elections are just around the corner, let’s take a deep dive into the murky waters of political marketing. Even if you’re not a politician, you’ll discover some fascinating insights that are relevant to running a regular business.

Lesson #1: Pare Down Your Messaging

All good political campaigns need to identify the core message that they want to convey to constituents. The best presidential campaigns throughout history have pared down their focus to one or a few main points一and then hammered those points home. As Michael Dukakis, former Massachusetts Governor and 1988 Democratic presidential nominee, once said: “If it doesn’t fit on a bumper sticker, it’s not a message.”

This was even true back in the 1800s. During the 1864 presidential election, the slogan “Don’t swap horses in the middle of the stream” became the focus of Abraham Lincoln’s campaign. His team decided that the main point that they wanted to convey to voters was the importance of retaining the sitting president during wartime so as not to weaken the government as a pivotal time.

In 1992, Bill Clinton’s presidential campaign against incumbent George H. W. Bush revolved around the phrase “It’s the economy, stupid.” His team decided that while voters of that time period may have had other concerns, their primary focus should be on the slow economic growth that the nation had seen during Bush’s first term.

The Lesson: A presidential candidate may deliver the same stump speech hundreds of times, and it’s the consistent messaging that eventually makes an impact. Likewise, if your business tries to be everything—best price, best service, fastest delivery—people end up hearing nothing but noise. But if you hone in on one key aspect of your company and market that aspect cleanly and consistently, you can break through the static and make a real impact on how your company is perceived.

Politics are full of smear campaigns that put down political opponents. While we’re not recommending that you try to replicate this strategy in the marketing sphere, there is a kernel of wisdom that you can extract. It’s this:

Politicians look at their opponents’ shortcomings as a way to highlight their own strengths. For example, during the 2008 Democratic primary, Hillary Clinton’s team recognized that her opponent Barack Obama’s biggest weakness was his lack of experience with national security. Her campaign put out a television ad asking voters who they would want to answer an emergency phone call at the White House at 3:00 in the morning. Later called the “3AM ad,” this commercial highlighted her opponent’s weakness in a memorable way.

Lesson #3: It’s All About Emotions

The best political campaigns tap into constituents’ strong emotions, either positive or negative. For example, when Ronald Reagan was running for reelection in 1984, he put out a political television commercial titled “It’s Morning Again in America.” In focusing on the relative peace and prosperity that had reigned during Reagan’s first term, his campaign team was attempting to capture the optimism of Americans and their hope for the future.

Negative emotions can often have an even stronger impact on viewers of political ads. Many campaigns focus on the emotion of fear–the fear of economic instability, of terrorism, or of war. For example, in the 1988 presidential election, George H. W. Bush’s campaign focused on “Willie Horton,” a man who had been serving a life sentence for murder when he was allowed out on furlough, leaving him free to kidnap and murder an innocent couple. Bush’s campaign team honed in on this, capitalizing on voters’ fear that weak government policies on crime might put them or their families at risk.

Similarly, during the 2020 election, both Trump’s and Biden’s campaign teams put out ads that painted terrifying portraits of what life might look like under their opponent’s rule.

The Lesson: The best marketing strategies involve understanding consumers’ emotions. Tapping into how they feel and what they want can get people to make decisions far more quickly than just appealing to their logical side.

Stories enable politicians to develop a deeper connection with their audiences. Candidates might tell a story about their time in the military in order to relate to military families, about their childhood on a farm in order to resonate with those in rural America, or about their experience with poverty in order to show that they understand the struggle of ordinary Americans. For example, when Bill Clinton was running for president in 1992, his campaign put out this ad entitled “Hope”:

The Lesson: Storytelling is a great way to make your company more relatable. If you were once in your clients’ shoes and then created a product to solve your own struggles, talk about it. If you struggled to build your B2B business from the bottom up, describe the process to your clients so that you become a figure who they can relate to.

Lesson #5: Watch Out for Pitfalls

Not all political campaigns are successful. In fact, some of them can backfire in a big way.

Take this gaffe by former Representative Pete Hoekstra, who was seeking to unseat Senator Debbie Stabenow of Michigan in the 2012 election. While his intention was obviously to accuse Stabenow of weakening the American economy and increasing the unemployment rate, what most viewers saw was a racist and tasteless depiction of a young Chinese woman who struggled with English.

The Lesson: Before you put out a marketing campaign, consider how your viewers might misunderstand what you’re trying to convey. Look at each ad you put out as critically as you can to ensure that you are avoiding any chance of miscommunication or misinterpretation.

Political marketing has changed drastically over the years. (So has marketing in general, for the record.) From old radio ads for “Tippecanoe and Tyler Too!” and print ads like this one, we’ve come a long way. 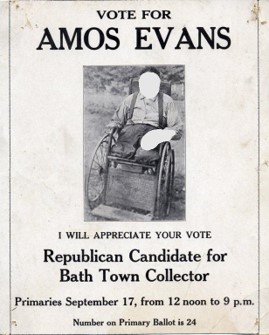 In the 18th century, political ads in newspapers became more common. Once radio became popular in the early 1900s, radio ads became a common form of political advertising; as television began to take over as a primary media source, television ads became popular as well. Here’s one of the earliest examples of a political television ad, run by Dwight D. (Ike) Eisenhower during the 1953 presidential election…A bit different than today’s ads, isn’t it?

Although television ads are still a popular method of delivering a political message, many candidates have begun turning to social media as well. For example, Alexandria Ocasio-Cortez has chosen the arguably unorthodox strategy of livestreaming on Twitch and other popular social media sites. AOC’s primary target audience is young millennial voters, so she has used these sites as a method of connecting with potential voters in that demographic.

The Lesson: As time moves on, political marketing has moved from one media to the next. Your goal should always be to find the perfect channel to reach your specific audience—whether they are trendy millennials or wealthy retirees. Keep in mind, of course, that the “perfect” channel may change over time, and continue to reevaluate your use of different media to reach your customers or clients.

A/B testing (also called “split testing”) is the litmus test of a good marketing campaign—both political and otherwise. The Obama administration was the first to publicly utilize A/B testing to improve their website and to increase donations to its campaign. For example, the original form on the website appeared long and challenging to complete. The optimized form was discovered (through the A/B testing process) to appear simpler and less overwhelming. It only showed the user a handful of fields at once.

The results? A 5% increase in conversion from this one small change. Even more importantly, this was one of many different changes that were found to improve the user’s experience with Obama’s website, increasing online donation conversions by a total of 49% and online sign-up conversions by a staggering total of 161%.

The Lesson: Okay, this one should be obvious. A/B testing is the best way to ensure that your marketing techniques are actually effective. Back up your marketing decisions by data, and you’ll know that each marketing choice you’ve made is the optimal one.

So as the midterm elections loom, and you’re inundated with political marketing material, do more than simply consume it. Instead, examine it for lessons that you can use to market your own products or services. Political ads can give you great ideas for how you can reach your own audience, so mine them for all they’re worth.