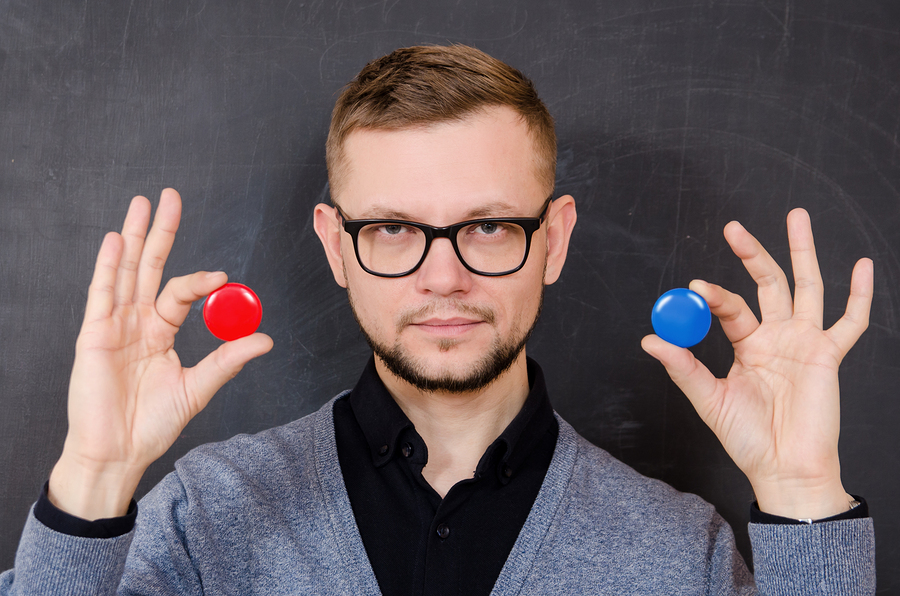 You’re sure that changing your headline will draw more customers. Or you’re convinced that making your product description more prominent will encourage more purchases. Maybe you’re toying with the idea of making your offer bright red so that it will be more attention-catching.

But are you sure that these changes will improve your results? Relying on your own intuition can be enticing, but your assumptions may be faulty. How can you guarantee that you are basing your marketing on hard facts, rather than your gut?

There is a way to figure it out.

It’s a conceptually simple idea that every business should utilize, but few actually do.

The method is called split-testing. Using this technique can give you solid answers, backed up by data, about which of your ideas will be profitable — and which will actually be detrimental to your bottom line.

Split testing is a method of controlled testing in which you test two different options, determining which will best increase a given metric (e.g., sales meetings, purchases, or website visits).

Just like a controlled science experiment, split testing can help you determine cause and effect, giving you solid proof to back up your conclusions.

You can use split testing to analyze the success of almost any change, but here are a few variables that are commonly tested:

Even very minor changes, such as a product image or the time of day that you send out your emails, can drastically increase your performance. So no matter how perfect your marketing seems, split testing can go a long way towards helping you improve it.

For example, before the launch of its popular video game SimCity 5, EA (Electronic Arts) decided to design a promotion to encourage potential customers to pre-order the game. The offer was displayed as a prominent banner right at the top of their webpage. But the company wasn’t sure whether the promotion was actually increasing the number of pre-orders they received.

EA decided to conduct split testing to determine whether a different layout would increase their pre-order sales.

They took the original version and tested several variations with different layouts. They were shocked to find that the version that completely deleted the promotional offer drove the highest number of pre-orders! In this case, simpler was better.

Sure, it seems logical that a promotion would increase sales. But with split testing EA discovered that the opposite was true: when customers wanted to buy the game, they were most likely to do so from a page uncluttered with promotion text. 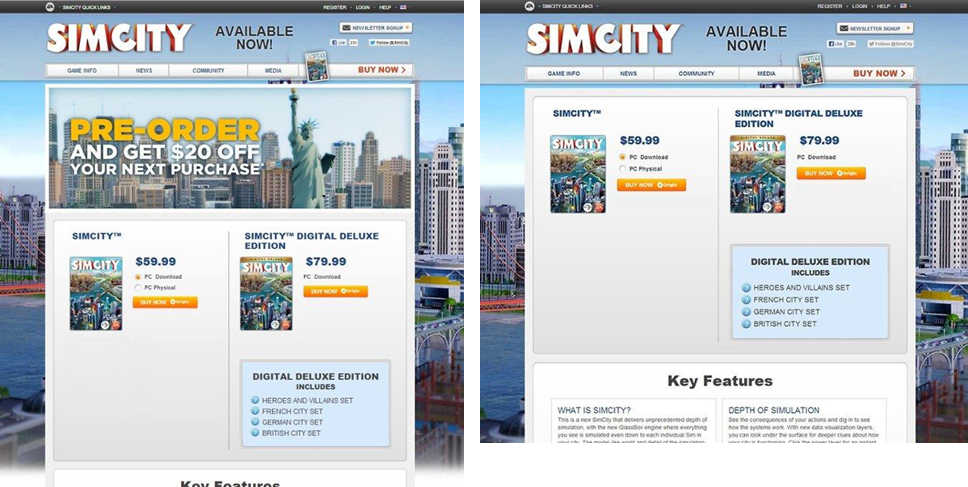 Now that you’re sold on the idea of split testing, it’s time to get started. Here’s a step-by-step guide on how to improve your marketing through split testing. 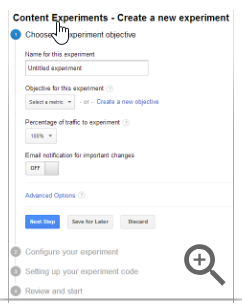 For example, when the insurance company Humana used split testing to determine which of two different ad versions should appear on their webpage, they discovered that the second, uncluttered version was better than the first, more detailed version. The second banner actually drove a 433% increase in clicks over the first.

But they didn’t stop there. Instead, they conducted additional split tests, which showed that adding a clear call to action button that read, “Get started now” instead of “Shop Medicare Plans” increased the ad’s clickability further, by 192%!

So why is split testing so important? It can convert your viewers into customers; allow you to focus your time, energy, and money on advertising efforts that really work; and generate more successful content for your business. Once you become accustomed to split testing, the notion of blindly creating content without testing its effectiveness will begin to seem more and more foolish. Instead, you’ll be using split testing effectively, easily achieving the highest quality results that are supported by empirical data and controlled tests.

This article is part of the series, So You Think You Know Marketing? These article shed new light on marketing fundamentals, with examples and tips to help you apply these concepts to your own business. See all the articles in the series here.