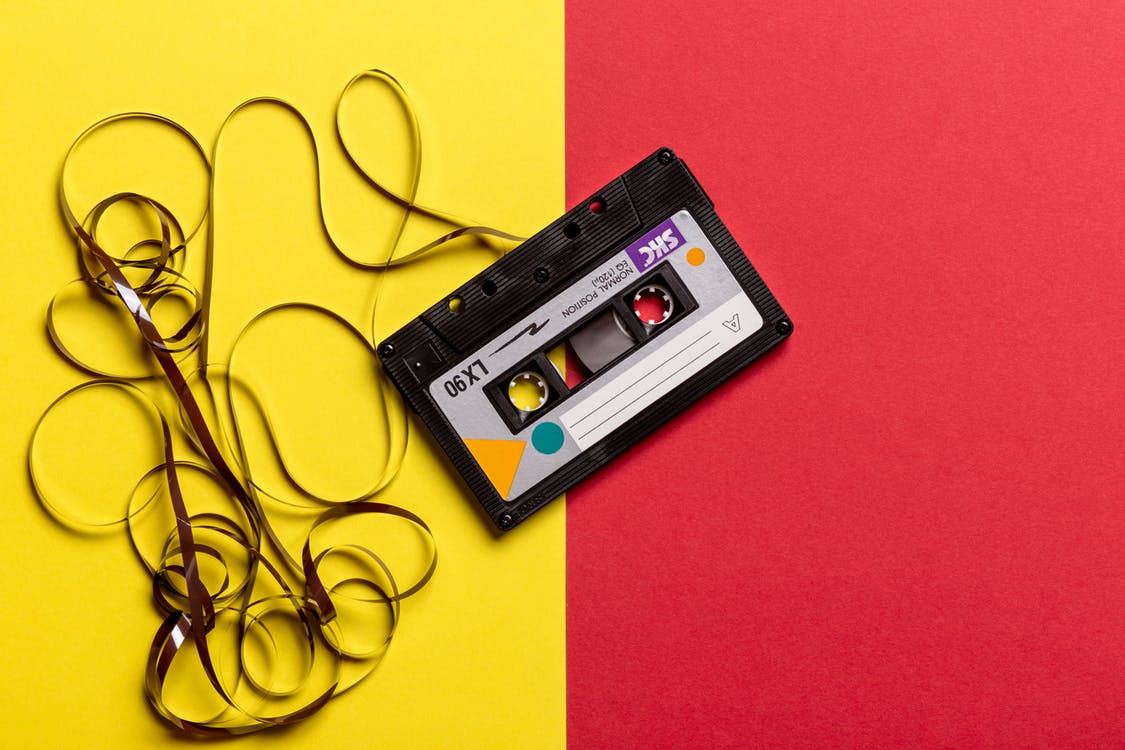 From Twitter wars to flash mobs, modern marketing seems to be so, well, modern. But marketing practices actually have a fascinating history, one that has changed dramatically over time, due to technology, population growth, and societal shifts

Join me on a fascinating ride back in time, from the birth of marketing through its heyday.

From ancient times until the Industrial Revolution, most products were created by hand and only in limited supply. Basic commodities were in high demand, although many households, especially farming families, were able to produce enough to fill their own needs.

But marketing did exist. In fact, archeologists and anthropologists have discovered some prime examples in the ancient city of Pompeii. For example, a calice (a cup used for wine) found in the ruins of the city included a printed epigram, which reads “Do not accept calices born of some cheap dust, but rather the smooth shaping of a Surrentine potter’s wheel.”

From ancient calices to Eastern European town criers, the trade era did have some level of promotion. But on the whole, products spoke for themselves, with most consumers choosing to buy only those things necessary for their basic needs.

The Industrial Revolution in the 15th century jump-started the fledgling world of marketing. The development of machinery and industry enabled the production of items en masse, at a considerably lower cost. During this era, most businesses focused on producing at volume; in most cases, they could sell almost everything that their factories could produce.

At the same time, the tools of marketing were being developed. Two important inventions – the printing press in 1440, and Gutenberg’s movable type about a decade later—enabled sellers to more easily create brochures and fliers that they could hand out to potential customers.

Creative marketers began to emerge during this era, including Conrad Gessner, known as the inventor of word-of-mouth marketing. Gessner wrote an easily memorized poem about tulips that did more than just familiarize consumers with the name of this previously unfamiliar flower; it also created an effect dubbed “Tulipmania,” with people paying large sums for a single tulip bulb!

As the centuries progressed, other advertising media appeared on the scene. In 1704, the Boston Newsletter became the first newspaper to post ads — like this one, which promoted immigration from England to the American colonies in 1609. And over a century later, in 1836, the French newspaper La Presse became the first to actually charge a fee for printing newspaper ads. 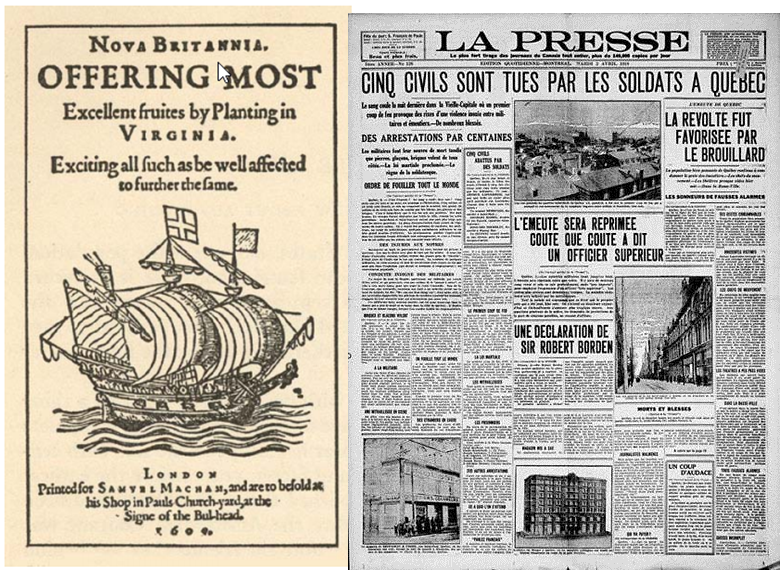 In the early days of paid advertising, the commonly accepted rule across newspaper publishers was that all ads should be the same general size, without extremely large fonts or text that covered several columns. Using up an excessive amount of space or creating a more eye-catching ad was viewed as unfair to smaller companies who could not afford that luxury. In time, however, advertisers utilized workarounds through “iteration advertising,” in which they would create larger text in which each large letter was made up of repeated smaller letters, or buy several identical ads that would repeat across the page. 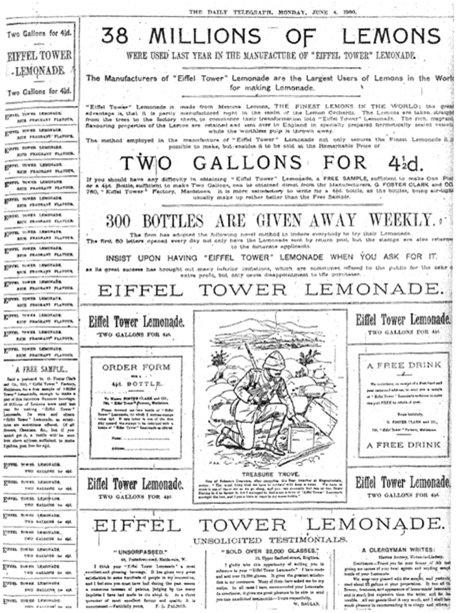 Billboards and posters also became common forms of advertisement in the 1800s and early 1900s. For example, billboards covered the shoreline along the Hudson River, as illustrated in this drawing from the turn of the 20th Century: 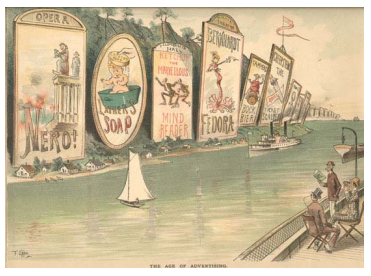 Still, these forms of advertising were generally publicizing the existence of a good or service, rather than actively convincing buyers of their need. 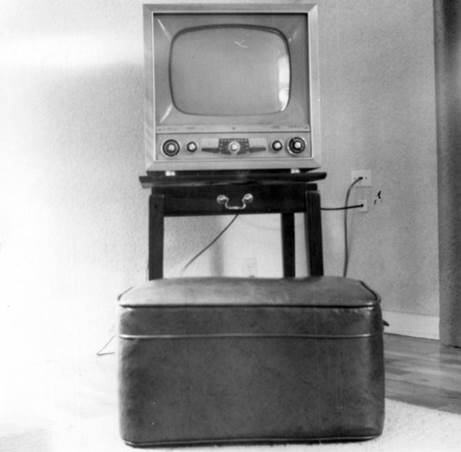 In this era, the marketplace became more saturated, increasing competition in many industries. Overall, the emphasis was still on the price of the product, rather than on the needs of the customer.

The 1950s through the 80s involved a cosmic shift in the way that companies approached marketing. The Baby Boom increased the size of the available market, allowing businesses to begin focusing on niche marketing instead of mass marketing. The psychology of branding began to take shape, although it wasn’t fully formed until the 1990s. Businesses began creating their own marketing departments, with the power to guide the overall direction that a company would take.

Marketers began targeting specific demographics, such as women (especially mothers) or young children. In fact, many products were marketed primarily towards families, which had grown in number and size due to the baby boom. 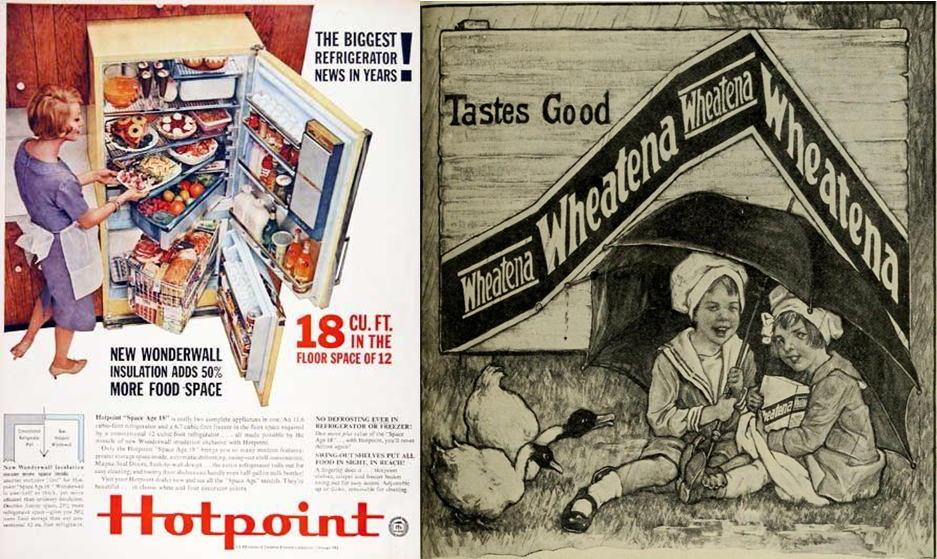 Starting in the 1990s, newer technologies began to take over. The internet first became widely available in the late 90s. The first clickable ad appeared as early as 1993, followed by pop-up ads in 1997, and SEO website algorithms were already well-known before the turn of the century. Before the dot-com bubble burst in 2000, it spawned the concept of social media sites and blogs, which paved the way for the next era of marketing developments. 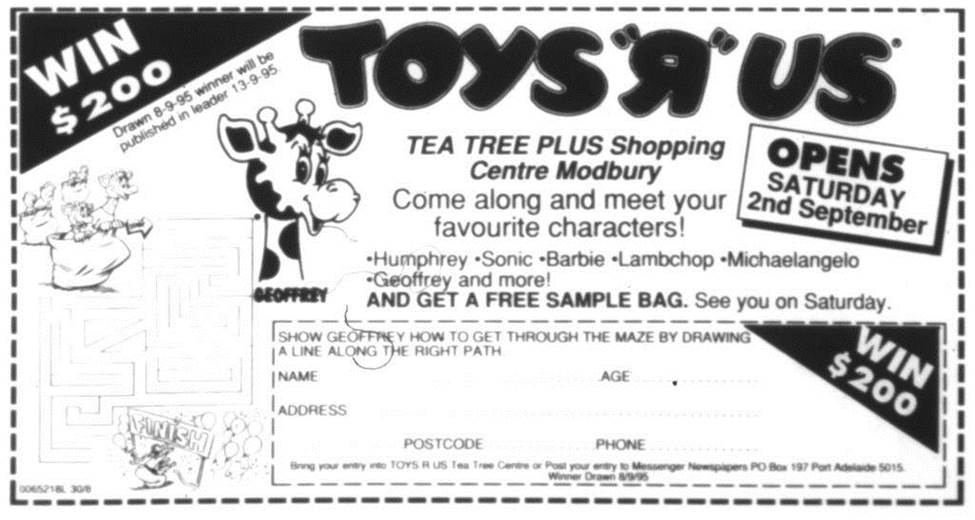 After the dot-com bubble popped in 2000, the goals of internet marketing shifted. Adwords and Google Analytics were both launched during this period, and social media became ubiquitous. Businesses put a greater emphasis on information-sharing and on encouraging customers to engage with their brands in new ways.

Today, marketing continues to change faster than ever. Technological changes encourage businesses to interact with their customers in multiple ways and at all hours of the day. Customer relationships have remained central, with customer data and analytics sharing more and more about their interests. Marketing is no longer product-centered; instead, the focuses is on the needs of the consumer and on brand identity.

While the tools and techniques have changed throughout the centuries, the overall goal is the same as it always was: increasing your ROI. Technology may change, our view of consumers may evolve, and the ability to connect with then other may increase, but the focus has remained the same since the day that the first calice was embalmed in the ashes of Pompeii.