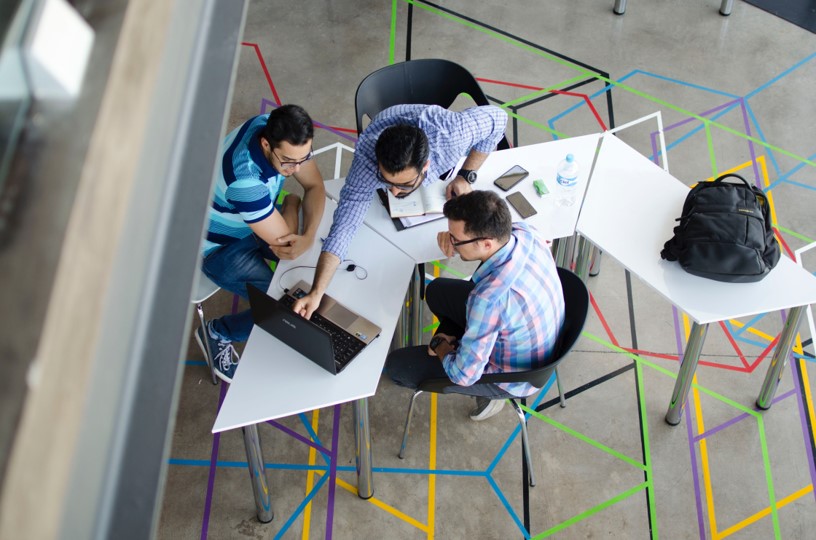 They toss incredible perks at their employees—workplaces with free gyms and open bars, trips all over the world, themed holiday gift boxes, and mountains of swag.

They invest in marketing and R&D that they can’t actually afford. They view turning a profit too soon as a sign of being fat and lazy.

Instead of long-term goals for their businesses, their goal is to “cash out” long before their company is actually financially successful.

Welcome to the wonderful world of high tech!

A traditional view of business is that a company exists in order to add value to shareholders. If you have a clothing company, you know there will be some up-front costs, but your goal is to turn a profit by constantly balancing your costs (COGS, employees, marketing, and so on) with your revenue, ensuring that your bottom line is growing.

In the world of the high tech startup, the rules are entirely different.

Many of these are SaaS (software as a service) companies, subscription services that generate recurring revenue. Their goal of the founders is not to become profitable as soon as possible. Instead, their focus is often on their exit strategy — the time when they can sell part or all of the company to investors. If they’re really successful, they can go public by holding an IPO (initial public offering).

Take Basecamp, a very good project management tool, as an example. Jason Fried came up with the idea when his web design firm was having difficulty juggling concurrent projects. His frustration led him to create Basecamp in 2004, which he shared with his clients. The intuitive design of Basecamp made it very popular, and it gained traction among agencies and other companies. Basecamp is a happy story — the company has been valued at $100 billion.

Unlike Basecamp, many tech startups crash and burn. Usually, this is because of predictable factors: either they run out of money or a fight erupts between the company’s founders. Some startups have the misfortune of having both insufficient capital and dysfunctional dynamics.

The attitude towards money and marketing in the high tech world may be one of its most startling components.

When a tech company makes money, it doesn’t go toward the bottom line. Instead, it goes straight toward growth: more developers and more salespeople.

Because a tech company’s main goal is to gain market share, rather than to pay their bills, it makes for an interesting dynamic. Some startups don’t even attempt to be realistic about how much marketing they can afford. Instead, they just focus on advertising as quickly as humanly possible.

As a reflection of this, their metrics are different from a traditional company. Rather than focusing primarily on revenue, expenses, and profit, tech startups bandy around terms like burn rate (how fast the company is burning through its cash)  and churn rate (the rate at which customers are unsubscribing from the company’s services). There’s MRR (monthly recurring revenue) and ARR (annual recurring revenue). And don’t forget CAC (customer acquisition cost), ACV (average contract value), and CLV (customer lifetime value).

A similar startling aspect of the high tech world is the amount of money that they throw at their employees in the form of company perks. To get and retain the highest caliber of employees, these startups provide them with outrageous perks.

At some startups, employees are showered with impossible swag, from free pajamas and socks to wireless chargers and headphones. They are wined and dined at the fanciest restaurants, brought to company retreats in exotic locations, and gifted with themed packages at every holiday.

Their workplaces are filled with special rooms as diverse as arcades, massage chairs, saunas, gyms, fully-stocked bars, free babysitting, virtual reality arcades, and movie theaters. The most well-known is the Googleplex, but believe it or not, there are others that are even more outrageous than that.

Note that the employees tend to be in their 20s and low 30s, and that a “party culture” has slowly emerged. In this arms race, the company that shows itself to be the coolest or the most fun wins the most skilled employees. This culture has taken the place of the company car in keeping employees loyal to the company.

The founder of a high tech startup needs to deal with an incredible level of stress, sometimes far above what a typical company owner encounters. In addition to winning accounts, satisfying customers, aggressively innovating to stay ahead of the competition, and keeping employees happy, there’s also the constant need to access more and more growth capital. This is almost a full-time job in itself.

Some startups can get away with “bootstrapping,” which means using only personal savings (or credit cards) and actual sales to cover expenses. Many founders turn to friends and family to be their initial investors. But to fuel serious growth, many startups will need much more capital than they can access through their personal savings, lines of credit, or networks. Obtaining financing through traditional lenders is difficult for a startup, so founders must learn the ropes of wooing venture capitalists (VCs) or private equity (PE) firms. This means a great deal of prepping, some very high-stakes pitching, and often a lot of travel. And of course, it likely means a good amount of rejection. Being the founder of a high-tech startup isn’t for the faint of heart. Because while they’re running their companies, spending money that they don’t have, trying to keep their employees onboard, and attempting to find investors — there is always the very real risk that the company will fail.

So what’s the upside? When tech startups do succeed, the payout can be magnificent. In fact, some startups IPO or sell to a competitor after a few years of hard work, making millions or even billions for their founders.

Take a look at Braintree Payments, a tech solution for people wanting to securely transfer money. After four years of growth, it was eventually sold to Paypal for $800 million. Similarly, Shopify IPOed just six years after its inception at a $1 billion valuation.

Taking all of this to heart, running a high tech startup is a high-risk, potentially high-reward proposition. It can be exciting and satisfying to build “something from nothing.” The hours are long, the price is high, and the stress level is through the roof. But for many tech founders, it’s worth it.