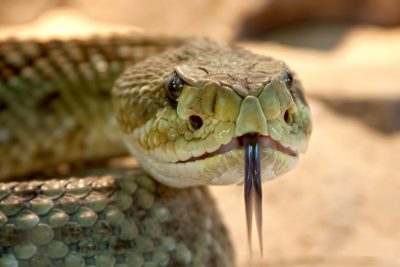 There’s nothing worse than a horde of venomous cobras. In the late 1800s, loose cobras posed a major threat in British-ruled India. Then the government hit upon a great solution. They began offering a bounty for each dead cobra brought to them.

But instead of heading out to kill snakes, entrepreneurs actually began breeding cobras to take advantage of the bounty!

Naturally, as soon as the British government heard about this, the bounty was scrapped.

But the story doesn’t end there. Once the cobra breeders discovered that the snakes would no longer fetch them any money, they did the only logical thing – they set them free. This left India with a cobra infestation that was far worse than before.

This is The Cobra Effect in action: it’s when an attempted solution actually makes the problem worse.

It may sound unusual. But in fact, this concept applies to parenting, management, economics (where it’s called “The Law of Unintended Consequences”), and even to public health initiatives.

The Cobra Ate My Lunch

Most people would view “making America’s children healthier” as a positive goal. But when First Lady Michelle Obama set out to make public school lunches healthier, the idea didn’t work out as smoothly as anticipated. In fact, the guidelines that were introduced in 2012 may have actually had the opposite effect.

How? One school dietitian described how the extreme rules made the food so unappetizing that the students refused to eat it. Instead, they would trek to a local dollar store to buy ice cream for lunch.

Students also took to Twitter, posting pictures of the “yucky” and “gross” offerings in the lunchroom along with the hashtag #ThanksMichelleObama. Up to 60% of the vegetables and 40% of the fruits provided for school lunches were thrown away, uneaten. One Kansas school put out a viral music parody video that complained that active students no longer received enough food to excel in sports or even stay alert in class.

What the Cobra Effect Means for Marketing

Many businesses have experienced The Cobra Effect when their well-intentioned marketing campaigns backfired horribly.  The saddest part is that the consequences could have been avoided with a little bit of planning.

Here are a few examples all business owners should study:

Now for the best part — how to avoid bringing the Cobra Effect upon yourself. As a business owner, what can you do to make sure your own marketing ideas don’t backfire horribly?

The answer is surprisingly simple. You can save yourself countless problems just by asking two questions before your launch any new campaign.  These questions are What if…? and What about…?

These questions uncover problems before they arise and allow you to make modifications (or yank the campaign altogether, if necessary). Let’s look at the examples above and see how these two simple questions could have spared the companies involved from tremendous damage to their brands.

What about…? and What if…? are straightforward questions, but taking the time to ask these questions can avoid unpleasant consequences for your company.

As a business owner, it’s natural to get excited about your marketing ideas. But it’s worth pausing to ask these questions.

Because you’d hate to be bitten by a cobra, wouldn’t you?