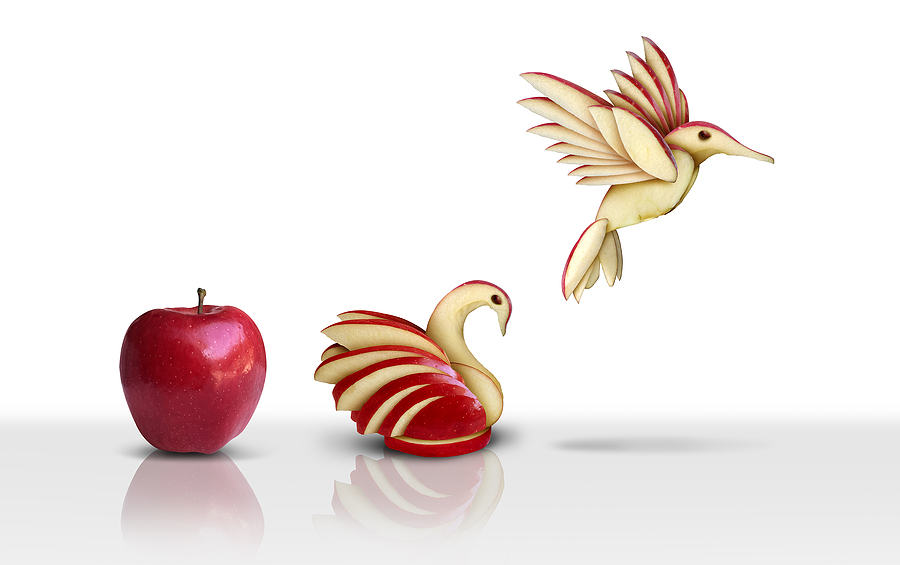 In 2016, the Cystic Fibrosis Foundation was optimistic about a new drug that had been recently approved by the FDA, one that they hoped would add years to patients’ lives. The company wanted to rally its stakeholders together by showing the good that the foundation had done over the years. Its leaders decided that a rebrand was in order.

Through the mid-19th century, patients with cystic fibrosis disease rarely survived into their teenage years. Today, due to research primarily done by the Cystic Fibrosis Foundation, there are some patients with this disease who are still alive in their forties.

It’s a powerful fact—one that the Cystic Fibrosis Foundation wanted to highlight in their rebrand.

The foundation’s original logo was relatively generic, which was why they wanted their new logo to visually show the progress that the foundation had spawned in its time. The rebranding efforts were a huge success, bringing new life to a decades-old cause.

Rebranding is a powerful strategy you can use to change the way consumers view your company. It means changing your company’s name, logo, slogan, overall message, or some combination of all of these.

But how do you know if it’s the right time to rebrand?

Remember: When you rebrand your company, you do so in the hope of gaining something essential—but you are also taking a risk.

Rebranding can be a valuable move for your company—if you do it at the right time and for the right reasons.

Rebranding can help your business…

Grow into a new identity.

Sometimes, a company’s old name doesn’t make sense anymore, so the company is forced to rebrand. For example, Minnesota Mining and Manufacturing Company began in 1902 by mining substances that were used to manufacture sandpaper.

A century later, the company had moved far beyond mining and manufacturing, becoming known for its diverse products, from adhesive tape to building materials and cleaning supplies. In 2002, the company finally rebranded itself as 3M.

One of our clients experienced a similar growth process. The Print House in Lakewood, NJ sells residential and commercial art and provides custom framing. The company’s original name stemmed from the original location of its gallery—in a house.

When it was time for the business to move from that house, however, it was an obvious time for rebranding; the business had outgrown the name. Besides for their new location, their capabilities in healthcare and other commercial work, as well as their expertise in high-end originals and giclées, made them ready for an upgrade. We helped The Print House evolve into Kuva Art.

Similarly, MarkIt Designer was a very talented design agency in New Jersey.  But as they expanded, the word “designer” in their name felt too small and limiting. The company had grown from a small graphic design firm to a full-service agency with offices in two states that regularly handled strategy and execution for corporate and nonprofit events and campaigns, in addition to websites, logos, and branding work.

It was time for a rebrand that showcased what they were now truly capable of. Enter Zed Group. The new logo and a fresh identity looked more modern, but they also more accurately embodied what the company was actually doing for their clients.

Even if the company hasn’t changed its products or services, sometimes the company’s name may seem old-fashioned, or its logo may not match the image that the company wants to portray in today’s political or social climate. For example, in today’s health-conscious society, donuts are no longer perceived as trendy. That’s why Dunkin’ Donuts rebranded as simply Dunkin’.

An even more striking example is The Domain, a community space located in the Royal Botanic Gardens in Sydney. While the botanic gardens are known for conservation and science, The Domain has a completely different flavor. Therefore, rather than remaining under the logo of the gardens…

…they rebranded to a much more dynamic logo, that uses negative space and a shock of color, to show the energy and excitement that they wanted to convey:

The name and logo of one of our clients, Y&L Landscaping, reflected their original niche: landscaping. But as the company has grown, they have added staff to their crews, vehicles to their fleet, and services to their repertoire. In addition to landscape design and maintenance, Y&L now specialize in commercial snow and ice management, tree removal, and drainage. To reflect this, they proceeded with a rebrand that appropriately reflects the company’s present capabilities.

Turn over a new leaf.

Sometimes a rebranding effort actually stems from the desire to create distance from something in the company’s current reputation, or even to escape from a company crisis. For example, in 2012, CVS took a long, hard look at its stores’ practice of selling cigarettes, which was also typical of most other pharmacies across the country. They decided that this practice didn’t align with their corporate values of improving customers’ health, and CVS discontinued selling tobacco products. They coupled this change with a huge rebranding effort to change their identity to CVS Health.

Sometimes, the desire for a change originates from a need rather than a thought-out decision. For example, on New Year’s Day 2001, Andersen Consulting changed its name to Accenture due to a ruling by the International Court of Arbitration. While Andersen Consulting was originally included under the umbrella of Andersen Worldwide, a bitter dispute in the 1990s led the two to legally separate in 2000. Unable to keep the name “Andersen,” the company needed to scramble to complete a full rebranding by New Year’s Day.

While there are several strong benefits to rebranding, you should consider long and hard whether the benefits outweigh the risks. What are the potential disadvantages of rebranding?

When you rebrand, you are walking away from all of the name recognition that you have spent years, or even decades, building. This built-up value is called brand equity. Your company’s reputation, goodwill, and top-of-mind positioning will all have to be rebuilt from scratch. This may outweigh any benefits you might expect to receive from your rebranding.

For example, in 2018, Weight Watchers decided to rebrand to WW (“Wellness that Works”) in an attempt to distance itself from any connection with “weight” and refocus its brand on “health” instead. While there were several problems with this rebranding effort (including that it was confusing to current customers of the brand), the main issue was Weight Watchers’ own reputation. Its worldwide name recognition made it a bad candidate for rebranding. After some initial growth, the company eventually began to decline as a result of these changes.

When large companies rebrand, it generally requires a massive monetary investment. Large entities often spend heavily promoting a rebrand, and that’s in addition to the research it takes to arrive at the “right” rebranding choice. It’s a huge risk, and it doesn’t always pay off.

For example, Gap decided to rebrand in October of 2010, switching from its iconic square logo to what ended up being a more generic, boring version. 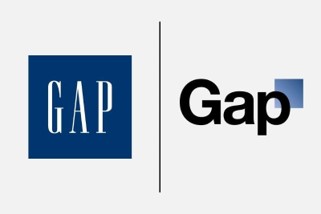 It cost about $100 million—just to design the new logo.

How long did it last? Exactly six days.

In response to consumer backlash, the company decided to revert back to its original logo less than a week later. What a shame.

Obviously, most small-to-midsized companies will not be able to drop this amount of money on rebranding. Still, the costs associated with rebranding are real. It makes sense to carefully consider before deciding that rebranding is the right choice for your business.

Rebranding can be a powerful move, but only if there is a compelling reason to do so.

In the end, you have to be convinced that the new name and message are truly superior to their older counterparts. You have to make sure that the rebrand won’t cause you to lose focus on your core business, alienate your customer base, or decrease your brand recognition. Any decision that can alter the reputation of your business deserves a thoughtful analysis of the costs and benefits.